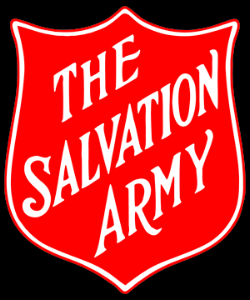 The average cost for participating in a youth sport is nearly $700 per child -- per sport, per year. Depending on the sport and the league, fees and expenses can exceed $2,000.  The Salvation Army’s Small Fry Basketball Program which celebrated its 60th anniversary in 2020 – offers an affordable way to play, providing 250+ kids in grades three through seven the opportunity to play on a competitive team without putting a financial strain on their families. The Small Fry season costs just $30 for 3rd through 5th graders and $40 for the varsity league (5th-7th grades) – a very small fraction of what other competitive leagues charge.

“One of the great things about Small Fry is that it’s accessible to every kid from every corner of town,” said Lincoln Corps Community Center Director Matthew Drommond, who is a Small Fry alumnus himself. Drommond participated in the league 21 years ago, after which he played high school and college basketball.

Jessie Fries, principal of Lefler Middle School in Lincoln, is another Small Fry alumna. Her brother also played, and her father coached in the program for 35 years, until his death in 2017. “As the principal of a Title One school, I am particularly grateful that The Salvation Army makes competitive basketball accessible for a wide range of families,” said Fries, whose two older children participated in Small Fry, “As a mom, I love that Small Fry offers a diverse setting,” added Fries. “It’s a good representative of what Lincoln is and what the world looks like. I appreciate that.” 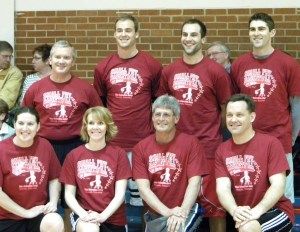 Hank Davis, who has coached Small Fry for 35 years and also played as a kid, said the best part about the program is its inclusivity. “No one is excluded,” he said. “Anyone who wants to play can play.”

Thanks to a gift from a generous donor, the Lincoln corps recently upgraded parts of the gym, but the colors – blue, red and gold -- and décor still look much like they did when the program was founded in 1960.

“Every now and then a former Small Fry participant who played many decades ago stops by to poke his head inside the gym for a quick trip down memory lane,” said Drommond. “The good feelings associated with those days don’t fade.”

“There’s nothing like Small Fry,” agreed Fries. “It’s so special.”